by Lisa Lednicer from Arlington Magazine.

Life during Covid didn’t stop these graduates from achieving remarkable things. In some cases, it inspired them to reach even higher. 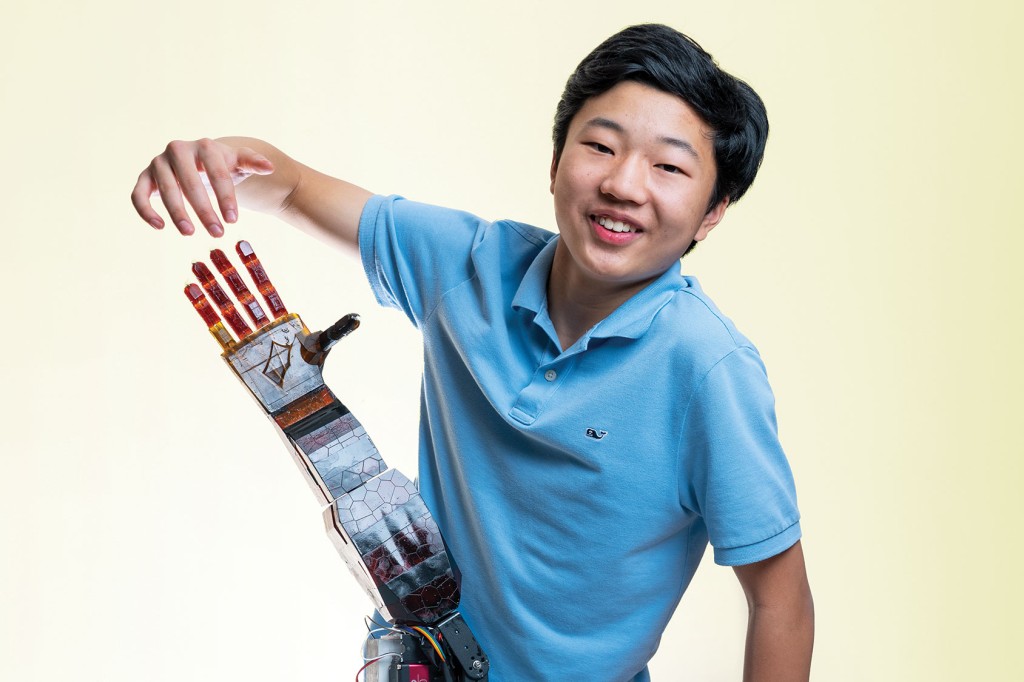 When pandemic lab shutdowns scuttled his plans for a research project on aluminum fuel in the summer of 2020, Benjamin Choi pivoted to a new idea that he could work on from home, using a 3-D printer—a prosthetic arm for amputees that could be controlled by brain signals. He had seen a documentary about mind-controlled prosthetic limbs in third grade and was convinced he could design one that was not only less expensive, but also less invasive.

His prototype, recently featured in Smithsonian Magazine, costs $300 to produce and uses external sensors on the head (in lieu of surgical implants) to capture the brain signals that move the limb. The project earned Choi national and international accolades, including a top-40 finish in the Regeneron Science Talent Search (formerly the Westinghouse Science Talent Search). He has a provisional patent for the device.