As construction of what will eventually become the first phase of Amazon’s HQ2 continued last fall in Crystal City, it was easy to miss the first day of class for the nearly 80 students who make up the inaugural cohort of Virginia Tech’s Innovation Campus. The students—all seeking master’s degrees in the high-demand fields of computer science and computer engineering—began their studies virtually, while Virginia Tech opened a physical office for its future campus next to Potomac Yard, which will be transformed into a mixed-use, Metro-accessible, 65-acre innovation district in the coming years. 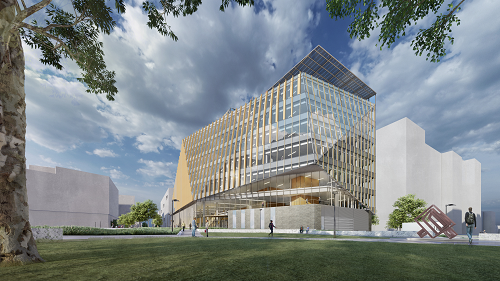 Over the next few years, the Innovation Campus will become a highly visible part of the region’s technology ecosystem, says Lance R. Collins, who left Cornell University to join Virginia Tech as the campus’ vice president and executive director last August. Equally importantly, the region’s technology ecosystem will become an integral part of the campus.

“We’re looking to build partnerships with companies—that’s an extremely important part of the design of the campus,” says Collins, who has also set a goal to