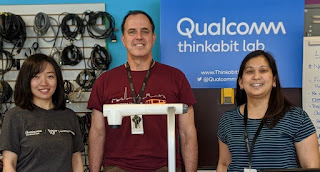 All camps had a focus on computer-science, robotics, technical careers and college exploration, and an emphasis on innovation in IOT (the Internet of Things). 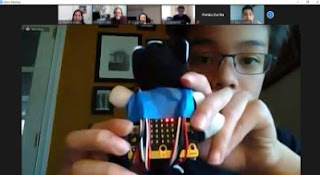 A Wearable Tech Camp in mid-July involved the use of Arduino and Micro:Bit microprocessors and programming in Ardunio's C-based IDE, and also the use of Scratch and Microsoft MakeCode, with some participants experimenting with MicroPython.  The products were technology that could be worn, including hand-built pedometers and other motion detection, alters and warning systems, and Bluetooth-connected devices.

A similar Technology for Good Camp at the end of July provided more open-ended explorations of sensors, indicators, and actuators.

In early August, an Urban Agriculture and Environmental Monitoring Technology Camp emphasized how technology could make agriculture safer and more productive, and how monitoring technologies could be used to protect growing systems and monitor environmental changes. 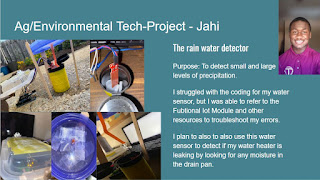 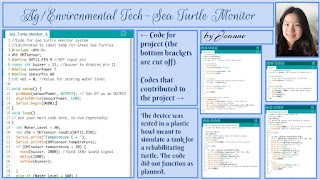 Finally, in late August to early September, the Virginia Tech team partnered with faculty from Howard University and the University of North Carolina-Greensboro to pilot a Creative Technologies and Digital Storytelling (Digital Media) Camp to make the connections between entertainment and advanced communications and training using the same microelectronics tools.  Participants then used online video editing tools to create short ads or movies depicting their devices.