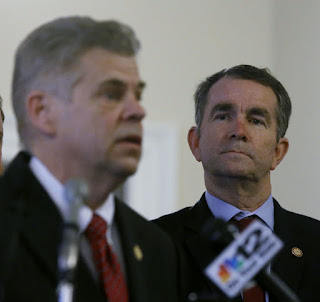 Perhaps the biggest surprise of the proposed House budget is a plan to spend $40 million in the second year to establish the CyberX program in Northern Virginia. The ambitious initiative would be led by Virginia Tech to push higher education research and master’s degree programs for cybersecurity, data analysis and computer science, and unmanned vehicle systems in partnership with those growing high-tech industries.

The CyberX plan would establish a research and educational institute in leased facilities in Tysons Corner in Fairfax County that would serve as the hub of a new program connecting the “spokes” of research colleges and universities across the state — the University of Virginia, Old Dominion, George Mason, James Madison, Norfolk State and several community colleges federally certified for their cybersecurity programs.

The program would offer a five-year plan spanning three years of undergraduate study, a year of internship, and a year of master’s work in sought-after fields.

The plan envisions an additional $50 million in privately raised money to help recruit top researchers who would hold dual appointments for CyberX and their respective higher education institutions, which also would pay a share of the cost. The proposed budget also includes $10 million in unused
state capital funding to equip the new institute.

The proposal grew from extended conversations among Jones, Appropriations Director Robert Vaughn and Virginia Tech President Tim Sands, as well as experience from similar industry-higher education partnerships at the Virginia Tech Carilion Research Institute in Roanoke, the Inova Center for Personalized Health in Fairfax, and the Commonwealth Center for Advanced Manufacturing in Prince George County.

It would be overseen by the Virginia Research Investment Committee established two years ago to support higher education research with strong commercial potential and administered by the State Council of Higher Education for Virginia.

SCHEV also would be required to monitor a separate, proposed budget initiative to invest more than $42 million to fund 880 degrees at four-year institutions in high-demand fields — science and engineering, health care, education and teaching, and data science.

Both higher education proposals are part of a widely supported push for workforce development that includes educational investments from preschool through secondary institutions, including community colleges, to prepare young Virginians with the skills needed for high-wage jobs, especially in high-tech industries.

The House budget proposal also includes $15 million in additional funding for GO Virginia, a business-led initiative to support economic development in regions across the state, and $5 million for the Virginia Economic Development Partnership that the state reformed and rejuvenated last year after a scathing assessment by the Joint Legislative Audit and Review Commission in late 2016.
By Jim - February 19, 2018